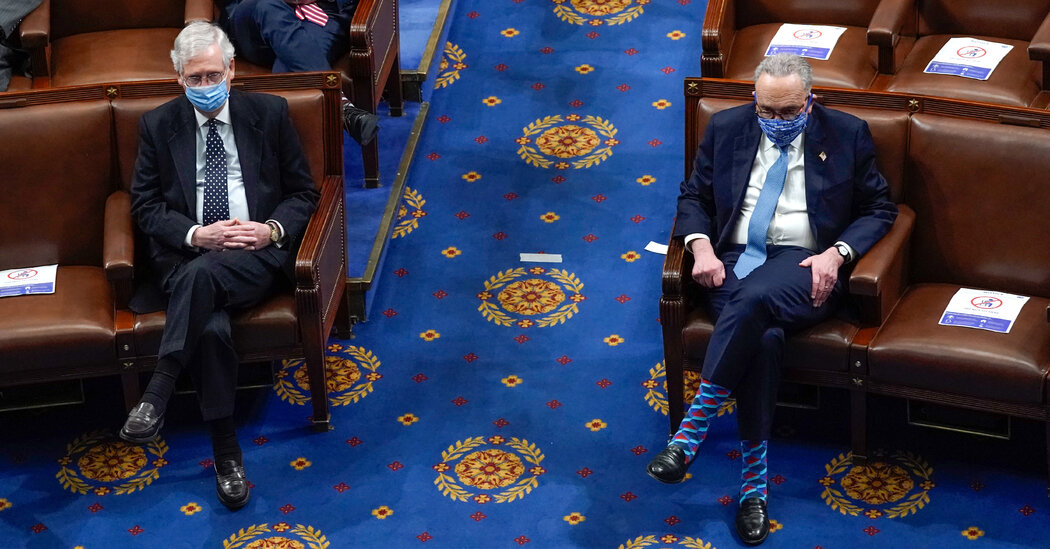 Congress had no choice but to impeach the president after his seditious act to incite a riot to overturn legitimate election results. The House needed to respond expeditiously to send the message that such an action would not be tolerated.

However, the Senate trial of the man who will no longer be in power can wait. Nancy Pelosi can hang onto the article of impeachment until President Biden has had time to win confirmation of his team and address the crises that require his immediate attention — the pandemic and the economy. Give the new president his 100 days, as Representative James Clyburn has suggested.

It’s not a question of whether a trial should occur. It’s a question of when. Let’s conduct this trial when we have all the facts about what happened on Jan. 6. But first let’s give Mr. Biden the time he needs to focus on the most pressing concerns of our citizens.

In addition to the obvious consequences — all of them, I believe, positive — of President Trump’s having been impeached a second time, there is yet another likely benefit. Even though he will almost certainly remain in office for another few days, a Senate trial is now guaranteed.

Assuming that Mr. Trump would prefer not to be convicted, the prospect of this trial could very well act as a brake on whatever dangerous, seriously disruptive or flagrantly anti-democratic actions he might otherwise take while still in office. We can all rest a bit easier.

To the Editor:
A year ago, after President Trump’s first impeachment, the Republican-led Senate acquitted him after voting to hear no witnesses or consider new evidence. The Senate should now follow its own precedent, the only difference being that this time around there is no need to produce witnesses or evidence.

The entire country, or indeed the world, has witnessed him inciting his mob to invade the Capitol and prevent Congress from performing its constitutional duty in validating the election of Joe Biden and Kamala Harris.

His conviction would not only remove a dangerous and deranged person from the presidency, but also guarantee our safety from his ever holding public office again.

I have never voted for my Republican representative, John Katko, and have criticized him for his various positions and especially for his support of President Trump. However, I wish to praise his good judgment and integrity in being the first Republican to state that he would vote to impeach. Although I expect to continue to oppose his positions on various issues, I admire his courage to break with his party, to act with integrity and to seek justice through his vote for impeachment.

I share the feelings of profound grief and personal loss with Representative Jamie Raskin, having lost a son myself in June in an auto accident. It took extraordinary courage, inner fortitude and determination for Mr. Raskin to concentrate on drafting the article of impeachment during a time of mourning.

Obviously driven by a deep sense of purpose at a crucial time in our nation’s history, Mr. Raskin made personal sacrifices for the common good. For your service, Mr. Raskin, we are forever grateful.