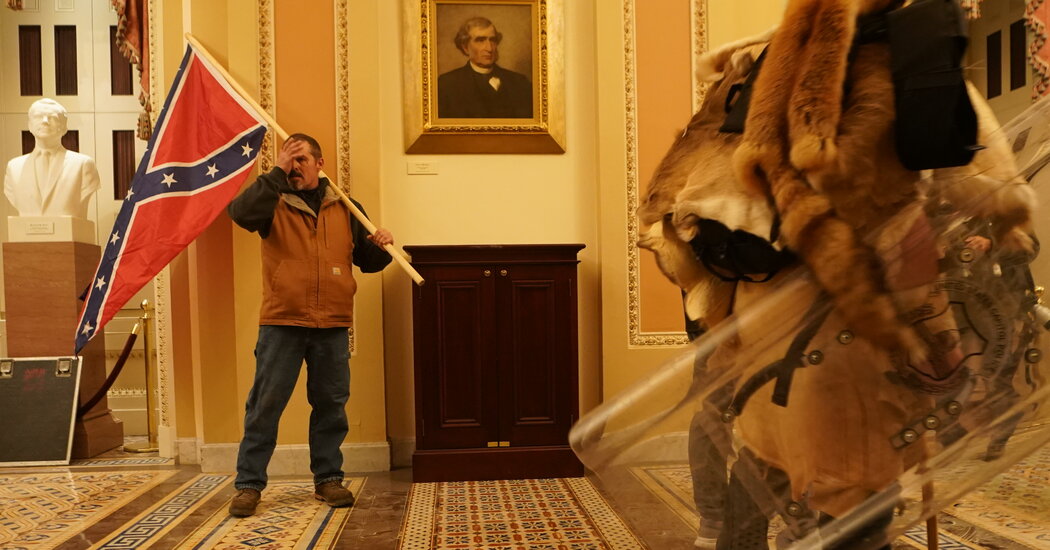 A man who was photographed holding a Confederate battle flag inside the U.S. Capitol last week during the riot was arrested Thursday in Delaware, two law enforcement officials said. The man, Kevin Seefried, was wanted by the F.B.I., which had sought help from the public to identify him and had widely circulated a dispatch plastered with images of him.

In a bulletin, the agency said that it was looking for assistance to identify individuals “who made unlawful entry” into the Capitol, and asked the public to reference photograph #30 when providing a tip on the whereabouts of the man with the Confederate flag, now identified by The New York Times as Mr. Seefried.

The F.B.I. had received more than 126,000 photographic and video tips as of earlier this week, as agents also scrubbed airline passenger manifests and video of air travelers to and from Washington to find potential suspects. The top federal prosecutor in Washington said this week that he expected the number of people charged with crimes tied to the Capitol riot to rise into the hundreds.

On Wednesday, federal agents made more arrests in New York, Maryland, Texas and Florida, among them a firefighter from the town of Sanford, near Orlando.