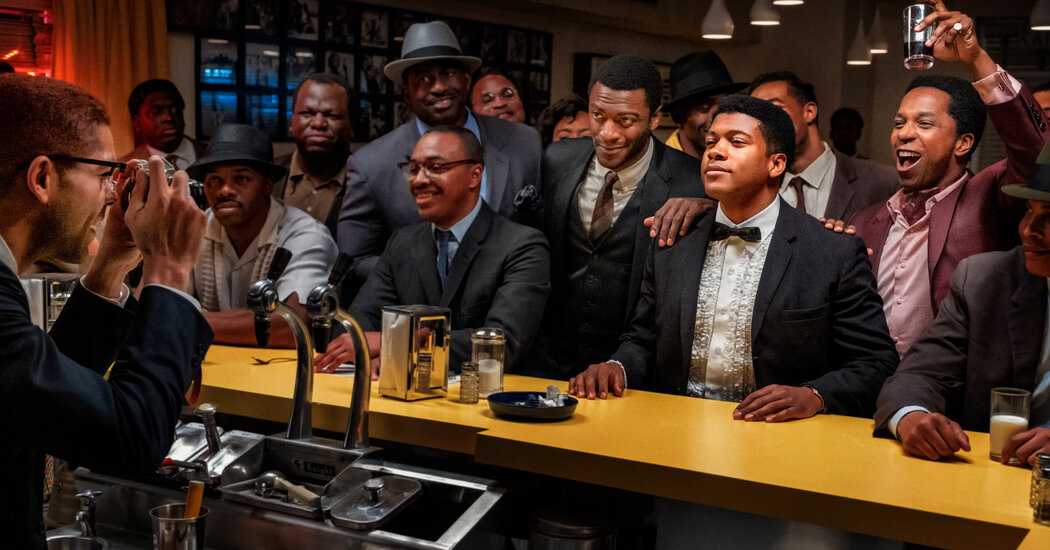 Malcolm tries to push Cooke in another direction, arguing that the job of successful Black artists isn’t to court white approval but to use their fame and talent to advance the cause of their own people. The dramatic nerve center of the film, adapted by Kemp Powers from his own play, is the quarrel between Malcolm and Cooke, who have known each other for a long time and whose intimacy is laced with rivalry and resentment. It’s a complex and subtle debate that implicates Clay and Brown, and that reverberates forward in history and the later actions of all four.

Cooke, who drives a red sports car, smokes cigarettes and carries a flask in his jacket, stands in obvious temperamental contrast to Malcolm, who is both the straight arrow and the nerd of the group, offering them vanilla ice cream and showing off his new Rolleiflex camera. Among the pleasures of “One Night in Miami” is how it allows us to imagine we’re glimpsing the private selves of highly public figures, exploring aspects of their personalities that their familiar personas were partly constructed to obscure.

This is also, I think, an important argument of Powers’s script: History isn’t made by icons, but by human beings. Fame, which provides each of them with opportunities and temptations, comes with a cost. The fine print of racism is always part of the contract. What Cooke, Brown and Clay share is a desire for freedom — a determination to find independence from the businesses and institutions that seek to control them and profit from their talents.

Malcolm, who faces different constraints, urges them to connect their own freedom with something larger, an imperative that each of the others, in his own way, acknowledges. Malcolm’s manner can be didactic, but “One Night in Miami” is anything but. Instead of a group biopic or a ready-made costume drama, it’s an intellectual thriller, crackling with the energy of ideas and emotions as they happen. Who wouldn’t want to be in that room? And there we are.

What we witness may not be exactly what happened. I don’t know if Malcolm X really traveled with a copy of “The Freewheelin’ Bob Dylan” in his luggage so that he could make a point about protest music by dropping the needle on “Blowin’ in the Wind.” There are aspects of the characters’ lives that are noted in passing but not really explored — notably Cooke’s and Brown’s treatment of women. Malcolm’s wife, Betty Shabazz (Joaquina Kalukango), appears in a few scenes, as does Barbara Cooke (Nicolette Robinson), but they are marginal to a story that is preoccupied with manhood. Still, there is enough authenticity and coherence in the writing and the performances to make the film a credible representation of its moment, and King’s direction makes it more than that.

Pakistan blunders yet again, posts fake speech to UNSC on its official website

Republic Day 2021: No shoulder to shoulder march-past by NSG commandos this year